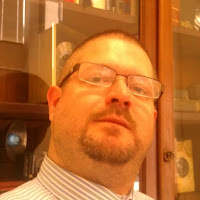 On March 29th, 2020, I watched the Frontline video "When Kids Get Life." It is disturbing this country has ceased to look at mitigating factors such as abuse, trauma, and mental capacity. It is disappointing to realize as a society, we have decided our youth are incapable of redemption. Judicial hearings are no longer necessary in some jurisdictions to determine whether to charge a child as a juvenile or an adult. The stories in this video are alarming.
In modern times juveniles are treated harsher than in the past. The Supreme Court ruled in Miller v. Alabama; juveniles cannot be sentenced to mandatory life without parole for murder. However, over 2,000 inmates convicted as juveniles are still serving LWOP. Inmates may even be re-sentenced, but repeatedly denied parole. If you were an outsider, it would appear the United States has an obsession with vengeance.
In a civil society, we must maintain order and public safety, and there is no question about that. Punishment and retribution are legitimate goals of the justice system, but rehabilitation should be the primary focus after public safety. Juveniles are often victims themselves, as we see in the video. Perhaps we need to stop calling children delinquents. Justice involved child is a more appropriate term. Sentencing children to LWOP as a standard is like saying we have throw-away children. It is similar to sending your new Mercedes to the junkyard because of a busted headlight.
Anyone can sympathize with the family member of a victim, but lifelong vengeance and justice are not the same things. Why did the offender commit the crime is a valid question in deciding the action to be taken: the mental capacity, abuse, age, illness, and trauma endured need to be considered. Our system fails children every day. Jacob Ind is an example of a child left behind by the system. How does a 15-year-old child process his stepfather throwing him in a bathroom, hitting, masturbating in his face, ejaculating on him, calling the child dirty, and to take a shower? Jacob's brother reported the abuse, and his mother ignored it. Who knows how long this kind of sexual violence took place. Who can say what they would do in that situation, especially given the fact the brain of a child that age has not fully developed? I think it is pretty cold not to consider all the mitigating factors.
15-year-old Nathan Ybanez murdered his mother after his friend came to pick him up after work. It didn't appear to be pre-meditated and was likely acting out due to repeated mental and sexual abuse by his mother. Nathans mother would tell him he didn't love her if he wanted to spend time with friends; she followed him at all hours of the night like she had an obsession with him. Nathan's mother sexually molested him. Erik Jensen, 16 years old, shared his suspicions with his parents; he suspected sexual abuse after overhearing an odd phone call with the mother. The parents contacted authorities, and social services said the most they could do was take a report. Social services told the Jensens, "they did not have the resources to look out for after teenage boys that should be able to look out for themselves." I look at Nathan as a victim, not a delinquent.
One night Erik went to pick up Nathan after he left work. Nathan told Eric to check on him if he was not out in 20 minutes. After Nathan did not come back out, Eric knocked on the door, Nathans mother let him in, and Erik waited in his troubled friends' room. While waiting for Nathan, Erik could hear a violent fight taking place in the other room. Nathan called for Erik to bring him bags. Erik was not in the room when the murder took place, but admits and believes he fainted when Nate handed him the bloody tongs used to beat his mother and then choke her until she expired. I don't think there was a plan. The boys called, Brett, a friend to help clean up, involving more individuals, is never wise when committing a crime. The actions of these children do not show premeditation.
Nathan was apprehended and charged with murder; afterward, Erik and Brett were arrested and charged as accessories to murder. In exchange for immunity, Brett implicated Erik in the vicious killing. Nathan and Erik are charged as adults and sentenced to LWOP. I believe Erik was in the wrong place at the wrong time, and that Brett implicated him to avoid prison. Erik was present and now serving LWOP and didn't kill anyone, yet convicted of felony murder.
Abuse reported to authorities was not investigated or acted upon in these children's cases. The parents, social workers, and the system failed these so-called Juvenile delinquents before they committed any crime. We cannot hold children to the same standards as an adult, especially when they do not have equal power. Society doesn't believe these children are capable of voting, smoking, drinking, military service, entering contracts, controlling inheritance, quitting school, playing little league, getting married, having abortions, or making medical decisions. Children lack adult rights and should not have to face adult consequences. It is vital society find the answer to why these things happened. The study of these matters is needed.  The frontal lobe is still developing until the age of about 25, which is the part of our brain responsible for impulse control. This group cannot appreciate the consequences of their actions or the long term consequences. One must wonder what happened to these children's abusers to make them engage in this abuse. I wonder if they were not victims in the past in some capacity? Hopefully, as a society, we can be open to exploring these problematic issues and questions.
Short Opinion Blog Post by Shad Hagan

These are 2 great Ladies. Kelly is a dedicated instructor, she dedicates her time to her students and is finishing her Ph.D. in Criminal Justice. Kelly's door is always open to students. Kelly was also instrumental in gaining my admission to Langston despite my criminal history so it was possible for me to complete my 4-year degree. If you can donate anything I wanted to share because these are 2 great people and they deserve it. Kelly thank you for making my education possible despite my criminal history! Ban the box on college apps! Kelly you and Dawn are so awesome! I really can't say enough good things about Kelly. I look forward to working with her to bring more speakers to Langston next semester and honestly can't say enough good things about her! Copy HTML code

Mr. Shad. Hagan
I am 40+ and just completed my A.A. in Diversified Studies, and am continuing my studies at Langston University in Langston, Oklahoma. I am working on a Dual Bachelors (B.S. in Corrections and B.A. in Sociology). I am a formerly incarcerated inmate of the ODOC and FBOP. I have been out of custody for over a decade.